In the following I describe a revised HAM antenna switch that can be connected via CAT to HAM radios that are compatible with the Icom CI-V protocol.

The intelligent HAM antenna switch ensures that an appropriate antenna is connected to the radio depending on the selected frequency. There is no manual switching necessary - all switching is done by the micro-controller in the background, but can be overwritten any time.

The operation and the program of the antenna switch works like following:

Example: LCD display: The radio is set to a frequency of 21.1151, the intelligent antenna selector automatically switches to the antenna A as it was saved for band 15 previously:

Another antenna can be activated with the Up / down buttons

After a short delay, antenna B will be saved to band 15.

Changes to the sketch

My sketch contains the following changes compared to the ON7EQ sketch:

The circuit was built into an old SAT tuner enclosure because I wanted a metal shielding and a transparent front panel to avoid selfmade cutouts for the display:

The interior is very simple. I use the original tuner power supply, two step-down converters for 5.0V and 12V (as control voltage for the relay outputs), an I2C LCD, some of the original buttons and an 8-way relay card.

To control the antenna matrix, the activated relays send the 12V control voltage to the antenna switch. The click of the relay also gives a short "accoustic" feedback and you hear, that the antenna has been changed. As microcontroller I use an Arduino NANO Clone (with UNO bootloader). Not a single Dupont cable was used, all connections were soldered and protected with shrink tube.

Two 3.5mm jacks were installed for the CAT interface CI-V. The PTT signal is connected with a cinch socket and passed to a second outlet. This means that the intelligent antenna switch can be easily integrated (daisy chained) into an existing setup.

On the transceiver (here an ICOM IC-7300) the CI-V interface must be activated to 9600 baud, but you could chose another baudrate if you adopt the sketch.

Notes about the ICOM CI-V interface

The CAT interface differs depending on the manufacturer. For ICOM, the CI-V is similar to the serial interface, not with RS232 level but with TTL levels, RX and TX are using one line only. The baud rate can usually be set on the radio. I use a slow baudrate of 9600 because of soft serial on the Arduino UNO/Nano. The description of the CI-V protocol can be found on the internet. The used ICOM tranceiver only sends the frequency when it changes. If you want to test read the QRG into PC, you should switch your terminal program to display the data in HEX. A CAT telegrams for CI-V starts with 0xFE 0xFE and ends with 0xFD. My sketch only uses the frequency information.

Ideas for a further versions and hardware Alternatives

Even if most parts a premade modules lot of work went into the assembling of the hardware. One of the largest time consumers was the cabling because I didn't want to use these faulty Dupont cables.

Relais board for the Arduino Pro Mini

I am not satisfied with the look of the enclosure neither, but my manual skills are not sufficient for a do-it-yourself construction. If you invest a little more money, you find what you are looking for in the DIY HIFI section. Different variants are available. The model with the buttons below the display cut out has a really nice finish: 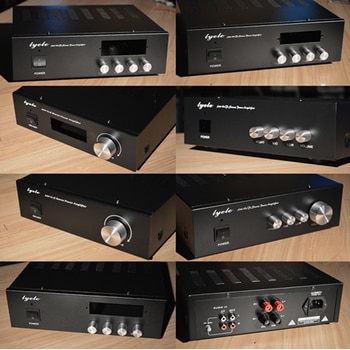 If you are looking for a smaller enclosure, then the version with a rotary control next to the display is ideal. The conversion to an incremental encoder should be quite simple. 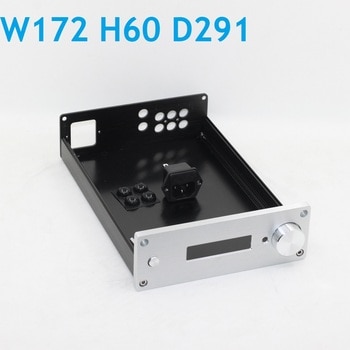 Alternatives to the software (looking back at older versions) - Credits

I would like to give credits to the good work of others: In 2011 ON7EQ presented an "ARDUINO intelligent antenna matrix switch". The code is also available on his homepage but does not compile any more with the Arduino IDE. On his side there is a heavily revised sketch with the reference to "Pete & Sam" ZS6SAM. This sketch also needs adjustments so that it can be compiled with a current IDE. Sam's code was probably created for the Arduino MEGA. During the first few attempts I made the decision to rewrite lot of the parts. On the DM2RM homepage there is a variant of the original code with the conversion to an I2C display. But even this does not compile with a current IDE. Interesting on his side is the neatly drawn circuit diagram (but you don't need the ULN). All mentioned homepages are linked on the end of this page.

Apart from the programming (the update actually caused more effort than a "finished sketch" would suggest), most of the time actually went into the hardware parts - even if I just used modules. Although it was extensively tested with the PC, the setup of the ICOM IC-7300 took a long time. The final connection settings on the IC-7300 could finally be clarified with a direct connection radio -> TTL-USB converter -> laptop and then the intelligent antenna selector worked as planned.