I2C costs quite a lot of SRAM and program memory on an Arduino UNO. If you are already using SPI for other devices, you could consider to use a SPI IC as LCD driver.

For a project already using SPI, I wanted to spare some memory and therefore also use SPI for the LCD communication. The MCP23S08 is a SPI version of an I/O Expander and could be used as substitute for the PCF8574. Despite of being a SPI chip, the MCP23S08 has also two address pins. If you tie these pins to ground the address is 0x40. Additionally don't forget to pullup the Reset of the IC - otherwise the communication with the MCP will not be possible.

If you face the MCP23S08 to the backside of the PCB and leave the contrast potentiometer R2 and the backlight transistor Q1 on the other side, you come up with a very simple PCB: 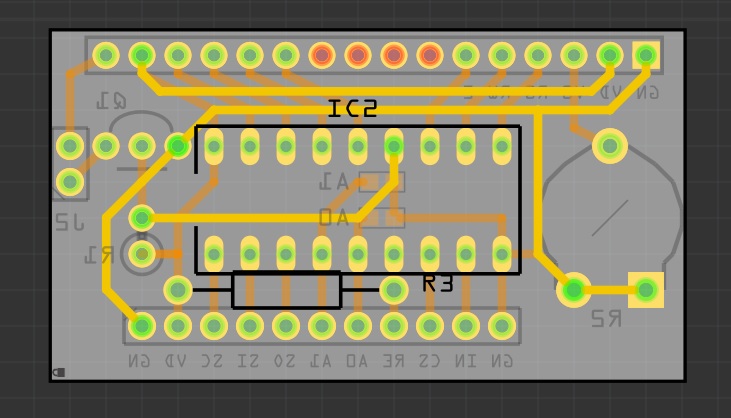 My LCD SPI backback with a fixed contrast resistor mounted to a LCD:

And by the way: SPI communication is so much faster than I2C that I really wonder, why we have used so much I2C the last years. 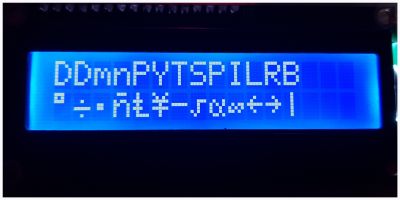 You can read more about this character mapping in the Introduction and on the LCD Language page. For the beginning you should know that you don't need to enter the octal ROM addresses of the special characters manually and these print can be done by a simple:

The Hardware Driver for the SPI Expander

The library offers a class for displays connected with an MCP23S08. It uses the 4bit mode only.

The necessary #include and the constructor are:

as mentioned earlier: the MCP23S08 also needs the information of the address pins and like you are used from other SPI devices, a dedicated chip select pin (csPin).

Remember to add a SPI.begin() to your setup() like in the examples, as this will not be done in the library.

Your own Character Converter

If you need a different converter for the characters you can hand over a callback to your own function as optional last parameter.

Obviously - you also have to implement the callback function to do all the magic.

See the general example how to write your own character converter.

German Umlauts and Other Languages

Please read the dedicated page for LCD Language Letters how your language specific letters with diacritics are supported in this Arduino library.

If you need an easy support of the given character set of a HD44870 display, want to spare SRAM and flash memory - switch over to SPI and take the "Noiasca Liquid Crystal" library in consideration.